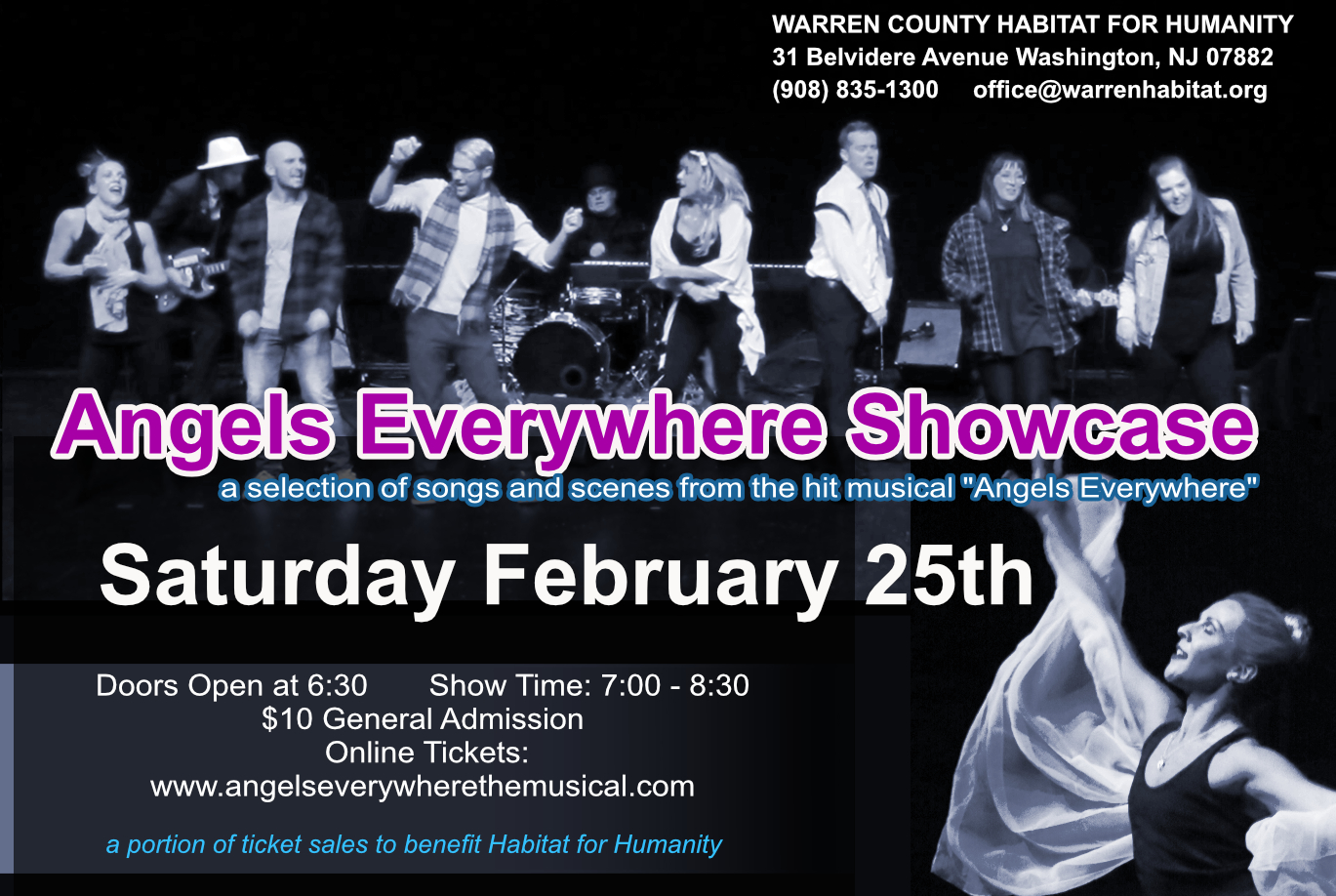 Songs from the Musical, “Angels Everywhere”

About The Story: Angels Everywhere envisions a journey through an open door. A young woman at a crossroad decides to make a change, to walk down a different path. She must learn to love herself before she can love someone else. A boy and girlmeet. Can they trust that, with timing and patience, their stars might align? Can a simple, random open mic night flair into passion and desire? Maybe a rag-tag bunch of friends can help? Is it true that there are Angels Everywhere
About The Musical: With seventeen original musical numbers, rock to reggae, mantra to flash mob, heartbreaking solos and masterful harmonies, Angels Everywhere is an unpredictable musical experience, exciting to its core. A brash cast of ten and an on- stage band of four take this show to the top.
About The Author: Easton, PA’s Erin Elizabeth … did NOT wake up one morning less than a year ago and say to herself, “Hey, today I think I am going to write a full-length musical with 17 songs, a huge cast, lead a new band, premier the show in June of 2022 and do it all again in January of 2023 …
Of course, that did not happen. That would be crazy. The conception of Angels Everywhere started with a girl and her guitar. It has since become an “energy”, a living and breathing piece of “art” all on its own. Erin Elizabeth continues to believe this “vision” is meant to help others and that, in fact, there are Angels… Everywhere.