Throughout the country, 750,000 houses require improvements, and over 400,000 families need a new home. For this population, gaining access to a decent home through commercial mechanisms is practically impossible. The poor are not considered a high-risk population, and therefore they are not eligible for assistance. 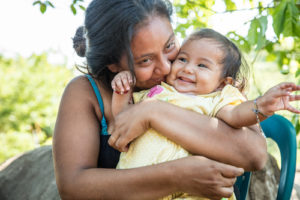 Habitat for Humanity in Honduras

Habitat for Humanity started operations in Honduras in 1989 and received legal status in 1993. Its national office is in San Pedro Sula, and it has seven regional offices covering about 70 municipalities.

For more information about the work of Habitat for Humanity, International, please click here. To learn more about Habitat in Honduras, link here.

Through shelter, we empower. Habitat for Humanity is a global ministry with a vision of a world where every person everywhere has a decent place to live. The tithe is a foundational principle of Habitat. It is based on our biblical roots as an ecumenical Christian ministry and the recognition that our blessings flow from God.

The U.S. Affiliated Organization Covenant provides that, “in recognition of and commitment to the global nature of Habitat’s mission, each U.S. affiliate is expected to contribute (tithe) at least 10 percent of its undesignated cash contributions to Habitat for Humanity’s international work.” Submitting an annual tithe is a core tenet and one of the requirements for good standing.

Our affiliate, Warren County Habitat for Humanity, has designated that one hundred percent of our tithe be sent to Habitat for Humanity affiliates in Honduras. There, it can be used to build homes to house orphans and vulnerable groups, to provide safe drinking water for families, or help Habitat’s mission in many other ways.

Through the years, WCHFH has built up its capacity to tithe. Currently, and for the last five years, the goal of contributing 10 percent of our undesignated cash contributions has been met. The cost of providing simple, decent housing in Honduras is considerably less than that of building or rehabbing a home in Warren County. To date, our tithe contributions have been able to fund homes for fifty Honduran families! View the video below to hear more about the power of the tithe.