Ceremony at the job site

On Saturday, November 11th, WCHFH honored all veterans with a ceremony at its build site in Washington, NJ. A home is being built there in partnership with a veteran family. Fifty people showed up on a chilly morning to pay tribute. Future homeowners Heather Freeman, Bob McManus, and their two small children attended the ceremony. 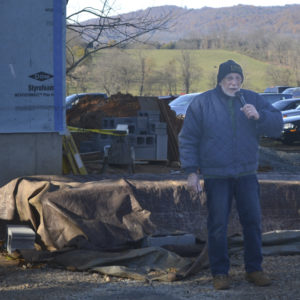 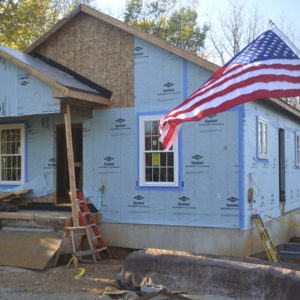 Bob Pesaniello, Master Gunnery Sergeant, served twenty four years in the Marine Corps. Bob is the new Veterans Coordinator at WCHFH. He arranged the ceremony as one of his first actions in that role.  He welcomed the guests and outlined the program. “We are here to honor the brave men and women who served this country,” he said.

Pastor Jim Scovell of the First Presbyterian Church of Washington gave the benediction, and led the audience in prayer. All joined in singing the Star Spangled Banner to get the morning started. 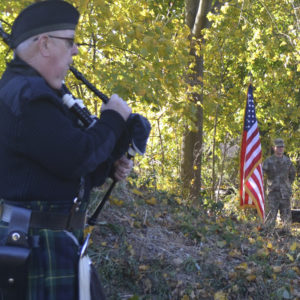 Sergeant Jim McAleer, a six year veteran of the New Jersey National Guard played bagpipes. He represented Somerset County Police Pipes and Drums. That group honors those who have fallen in the line of duty. Sergeant McAfee played God Bless America and anthems from the service branches.

Veterans in attendance were called to the front of the assembly. Nine members of the crowd emerged. Included were a number of members of the WCHFH building team. Also included was Heather Freeman. Heather and Bob are “partner parents.” They’re  working with WCHFH to build their home on this site. Heather had a six-year tour of duty with the Army National Guard. 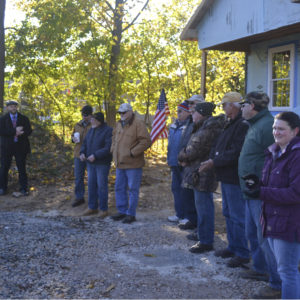 Ben Eskow expressed the thoughts of many in the audience as he paid tribute to the veterans. “We want to thank you for your service and your sacrifice. And also the sacrifices made by your families so that we all can be free and secure,” he offered. The assembly gave the nine veterans a loud and sincere ovation. 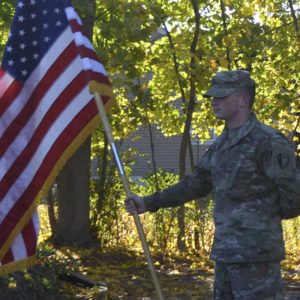 Over 2.5 million vets heading households are at least 55 years of age. Of those, 24 percent have housing cost burdens. Unlike our older civilians, our older veterans are more likely to have a disability. The disabilities may require home changes, health and other support services as they age.

Our female veteran population is in need as well. They face serious economic and housing challenges. They are more vulnerable to housing cost burdens than our overall veteran population. Studies show that nearly half of our veterans who are single mothers spend more than 30 percent of their income on housing.

The most recent veterans who served have returned to a slow-growing economy and rising housing costs. These factors have made the transition from military service to civilian life hard on many of our veterans.

The program was developed by HFH International. It is meant to assist, support, and honor returning members of the US service branches. It maintains national partnerships with companies such as Home Depot and Bank of America. Together, they increase the program’s awareness and impact. And it asks chapters such as WCHFH to make the same pledges locally. The program is built on a platform with five areas of focus: 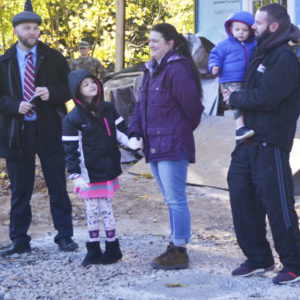 BUILDING: Safe, decent, affordable housing is the centerpiece. In many communities including Warren County, Habitat is expanding programs to maintain and preserve homes. This makes them more energy-efficient and affordable.

VOLUNTEER ENGAGEMENT: HFH provides experiences that bring together veterans, military families and their neighbors. These experiences help bridge the gap and ease the transition to civilian life with fulfilling community engagement.

If you would like to help on the build site, or to donate money for the home, please see the links below. If you’d like to join the team and plan future veteran activities, please call our office on (908) 835-1300.