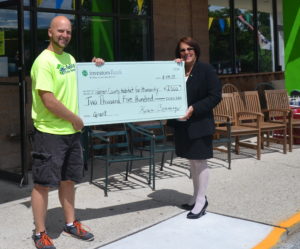 Several dozen Mars Chocolate teams have supported WCHFH at the construction sites, as part of the Mars Volunteer Program. Mars has also provided grants in support of our construction projects in excess of $10,000 over the past few years.

HFI Truck Center has been a major sponsor of our annual Beams and Dreams auction event. Their grants and sponsorships have exceeded $10,000 during 2016 and 2017. And a number of their teams have contributed their time and effort at our construction sites.