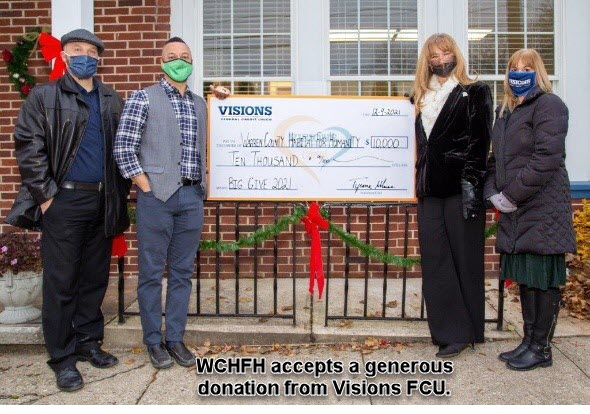 Visions Federal Credit Union announced in December that they would be donating a total of $100,000 to various Habitat for Humanity affiliates across New Jersey, New York and Pennsylvania. This effort was a part of their inaugural “Big Give” campaign, where Visions donates a large amount to organizations that focus on community service. Warren County Habitat for Humanity was one of the ten recipients of the gift and is incredibly grateful for the opportunities it will open to them.  Representatives from the local Visions branch surprised Warren County Habitat on December 9th, 2021 with a check for $10,000.