The third annual Beams and Dreams event was held on Saturday, April 21st. Beams & Dreams is the signature fundraising event for Warren County Habitat for Humanity (WCHFH). The dinner at the Hawk Pointe Country Club in Washington featured a live auction with unusual items, a silent auction, gift basket raffles, and a 50/50 drawing which paid out $6,000 to the winners. 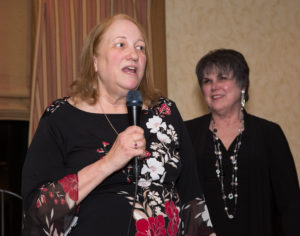 Once again, community stalwarts Kathy Halpin and Ruthann Disotell  co-chaired the group that planned the evening. This year, sponsors and donors raised more than $30,000 to be used on the next build. WCHFH uses donations to build affordable, low mortgage homes with families currently living in substandard housing. Even with volunteer labor, building a simple, decent home in Warren County can cost between $100,000 and $140,000.

Kathy  thanked the volunteers for their efforts. “A lot of time and energy goes into producing an event like this,” she noted. “It just wouldn’t be possible without the many volunteer hours logged by this fantastic team.”

Ben Eskow, WCHFH Executive Director, highlighted the timeliness of the event. “We’re actually breaking ground tomorrow for our next home construction in Harmony,” he explained. “The sponsors and donors have been very generous tonight. The proceeds from this event will allow us to proceed with confidence at this critical time of the construction cycle, he continued. “The start of a project is an exciting time. I would encourage anyone who has ever considered volunteering, either on the construction site, or in the office, or at the ReStore, to act now and call us at 908-835-1300 and we’ll get you started.”

Thank you for your continued support. 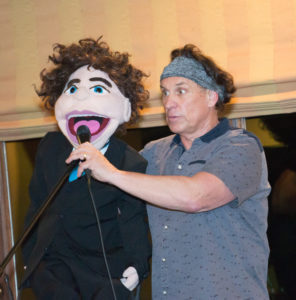 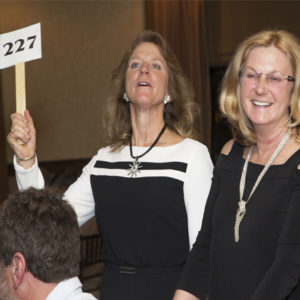